Read on to learn which sport burns more calories on the ski slopes and if you should be skiing or snowboarding to burn the most calories.

Do you Burn More Calories Skiing or Snowboarding?

So what do you think? Pretty comparable right? We’ll compare that to these other sports and how many calories you’d burn per hour.

What are the Calories Burnt Skiing?

It comes out to 400 to 500 calories burnt per hour when skiing. The average ranges from the low end for women and the higher end for men.

This means if you are skiing on a 4 or 8-hour lift ticket, you’ll need to fuel your body on the trails. Consider taking some trail-friendly snacks as you burn off all those calories skiing.

Read More: What to Refuel After Skiing? Find Out What Après-Ski is and Where to Go…

So How Many Calories Do You Burn Skiing for 6 Hours?

If you ski for 6 hours, you’ll burn 2,400 calories on average. That is 800 calories more than 4 hours on the ski slopes but less than 8 hours out on the trails. So how does that compare to a full 8 hours of skiing? We’ll tell you.

How Many Calories Does a Full Day of Skiing Burn?

A full day of skiing burns approximately 3,200 calories. Compared to snowboarding, this is just about in the same range but snowboarding can be as much as 600 calories an hour. The difference isn’t much more than a snickers bar per hour.

Most people won’t ski for a full 8 hours though but even when you take into account for breaks, it is still a lot of calories burned on a day skiing.

Read More: Try To Use These Methods to Recover Quickly After a Day Skiing…

What are the Calories Burnt in Snowboarding?

Snowboarding clocks in a whopping 600 calories burnt per hour on the high end.

This is a bit less than running but you have to remember that you ride the chairlift or gondola after runs. That means you are going to get a big break unlike running or cycling.

The downtime certainly makes the calories burnt per hour go down a little bit but it is made up for if you stay out on the slopes longer. With all the breaks, people tend to use their lift tickets to the fullest and try to get in as many runs as possible.

Why Does Snowboarding Burn So Many Calories?

Snowboarding burns so many calories because it is using a lot of the large leg muscles and core. While skiing you use your quads, hamstrings, glutes and calves.

All of these muscles firing during snowboarding use up calories. Also, you have to consider that skiing and snowboarding are some of the most fun ways to burn calories in the wintertime which leads to long hours on the slopes. An average exercise session on skis or a snowboard generally lasts between 4-6 hours.

When is the last time you went jogging for that long?

All that fun leads us into another common question that we get. Can I lose weight snowboarding?

So Is Snowboarding Good for Weight Loss?

Snowboarding is a great exercise for weight loss. Skiing is as well. If you have ever been snowboarding or skiing, you’ll remember one of those days when you are really sweating it up inside your jacket.

Not only do you burn calories from your muscles when at use but also thermally in skiing and snowboarding.

If you are lucky enough and can get a season pass then incorporate snowboarding into your workout schedule. It can help with weight loss if you are getting to the mountain enough. For the people that go once or twice a season, it will still help but it won’t have the impact as putting it in your weight loss plan.

As we mentioned, since skiing and snowboarding tend to have long exercise sessions, this can help with weight loss. The more you exercise turns into better your weight loss so why not have fun while you are exercising.

Drawbacks of Using Skiing and Snowboarding for Weight Loss

If you haven’t already thought of it, it might come to mind. Skiing and snowboarding aren’t cheap to put into your exercise plan. Its high cost can easily make it prohibitive to a lot of people who would rather want to try it as exercise.

There are still a few ways you can get exercise skiing or snowboarding generally for a lot less. You can Nordic ski for some great exercise. In a lot of places, they have Nordic trails for free.

Other places allow uphill travel and backcountry access for free. Keep in mind that the catch is you will need to bring your own gear when going to these places. At least they are a much less expensive option than a downhill lift ticket and will keep you on the snow!

Now that you know snowboarding burns more calories than walking, swimming and mountain biking, will it make you switch from your normal sport?

While both skiing and snowboarding burn almost the same amount of calories, it is clear that snowboarding is the winner if your want to burn the most while on the slopes.

Let us know if you use skiing and snowboarding as part of your fitness plan and if so, how often do you get to the mountain during the season? 7 Skiing Snacks for the Slopes: What to Eat on the Trails 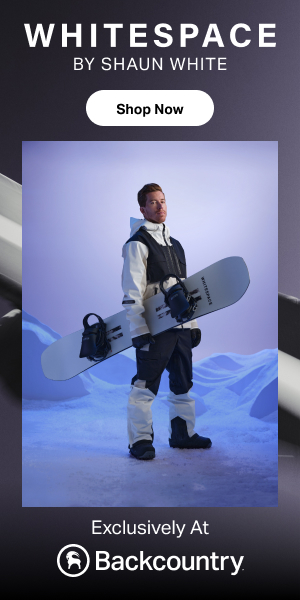